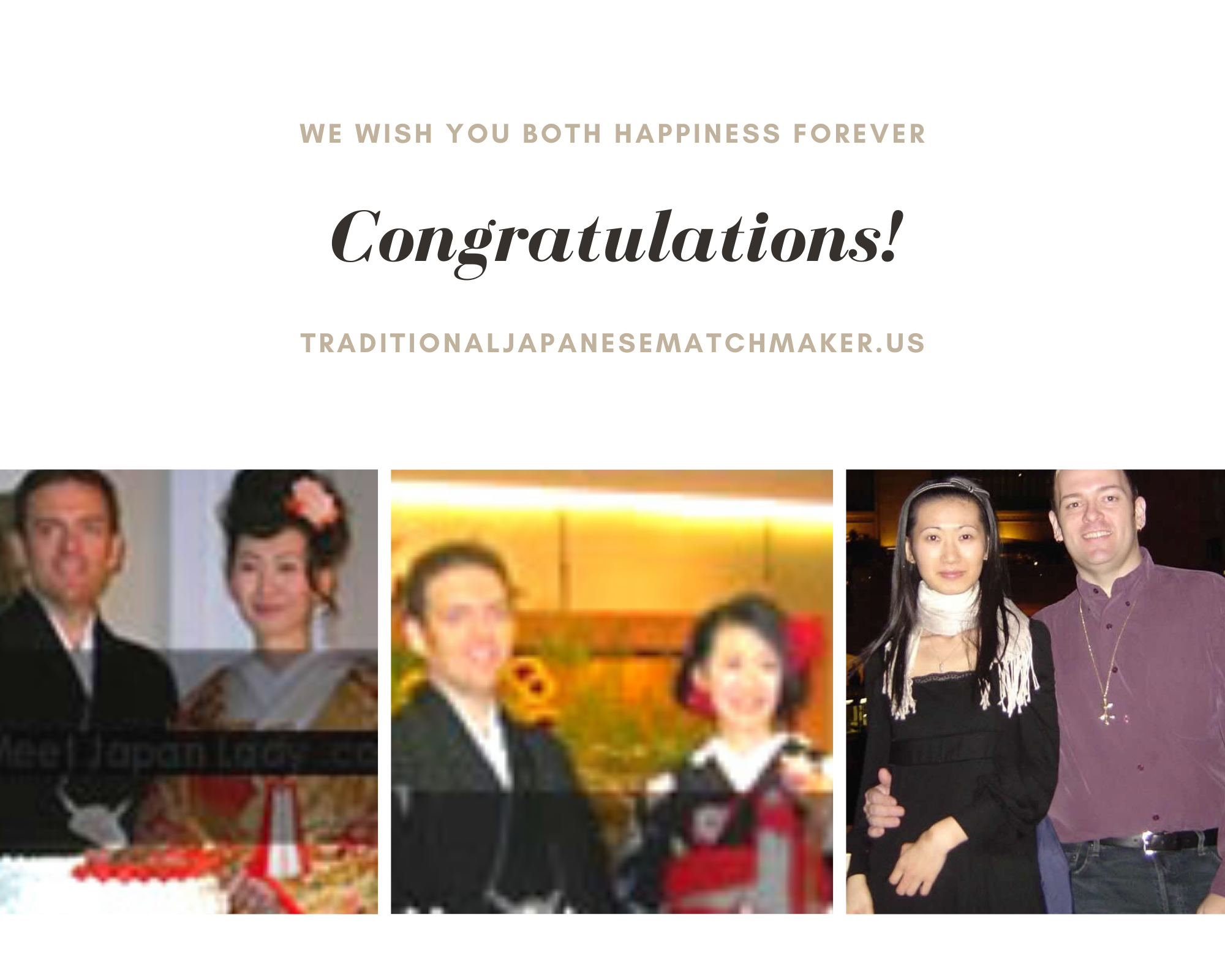 Message from J. and M. (Illinois)

I did not really expect much to come from signing up to Kaiwa-USA in February of 2006. Maybe a few months of email exchange or something, but certainly not a marriage. Was I ever wrong!! Before February was over, I had contacted a few women. Eventually, I was only emailing with one woman. On July 28, 2007, I married that woman in a traditional ceremony at 東京大神宮。

Japanese wife I first met her at the Kaiwa office in June of 2006. We spent every day of that week together. Then in late August she came and visited me in the US. We met in New York a few days before Christmas to do some shopping for our families, then we came back to my house and she spent the holiday with my family. On her last day here, I asked her to marry me, and she said yes! I went back to Japan in March to meet her family. We decided on a Japanese wedding to be followed by a reception in the US.

Thank you so much for providing this service.
J. (Illinois)